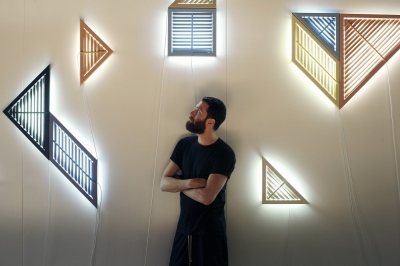 Born in 1982 in Québec, Canada, Philippe Malouin completed Industrial Design studies at the University of Montréal, the ENSCI in Paris and the Design Academy Eindhoven. Following his studies, Philippe Malouin freelanced for designer Tom Dixon.

In 2009, he set up his own studio in London, where he has been able to develop an approach to design that is both experimental and pragmatic. Philippe has been heavily influenced by 50’s modernism and 60’s brutalism and minimalism. His studio continuously experiments with materials and manufacturing techniques, always keeping process at the center of the work.

Philippe’s work has been exhibited at a number of galleries around the world, including NextLevel Galerie in Paris, Carwan Gallery in Beirut, Gallery Fumi in London, Rossana Orlandi and Plus Design in Milan, Droog Design in New York and Commissaires in Montréal.