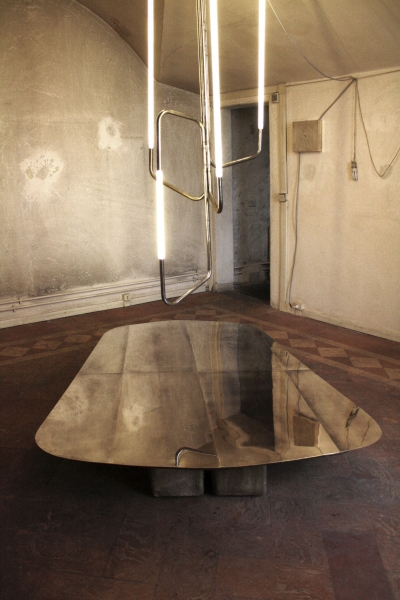 Erastudio Apartment-Gallery sets its attention exclusively to the architectural and design works created by the most prominent names of the Italian and International architectural scene of the twentieth and twenty-first century.

The gallery is found in two purposely-concealed private spaces inside a period building of the early twentieth century in the Brera Design District in Milan. One of the spaces is an apartment on the third floor, and the other is a building in the courtyard on the ground floor; the former horse stables opened during the Fuorisalone 2012.

The apartment space has been brought back to its original state after being restored under the supervision of gallery owner and architect Patrizia Tenti. Its pared down walls become a unique scenario in which to lay out the works of the architects represented by the gallery.

The former horse stables, the second headquarters of the Erastudio Apartment-Gallery, is an original space and will be an installation-based platform to be molded according to the philosophy of the represented architects.